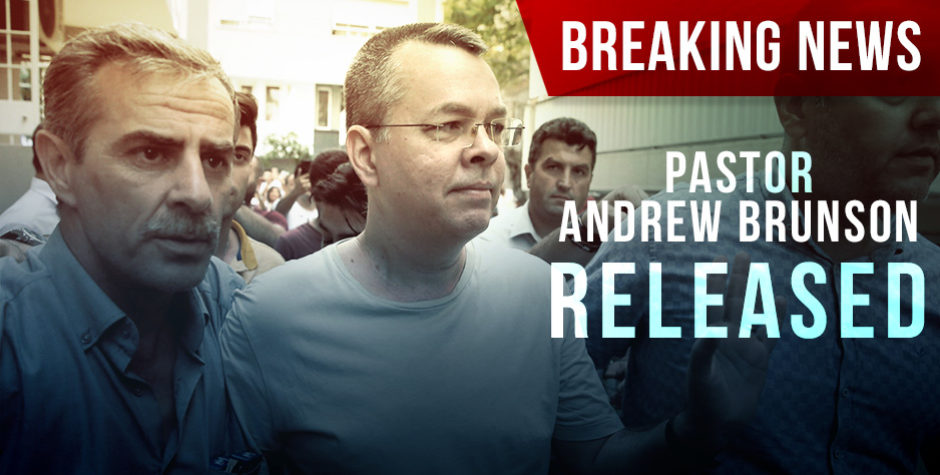 American Pastor Andrew Brunson has just been released from wrongful detainment in Turkey.

We can confirm that after more than two years of detainment based on his Christian faith, Pastor Andrew is preparing to leave Turkey to return home to the United States.

At the ACLJ, we represent Pastor Andrew – a U.S. citizen from Black Mountain, North Carolina – who was imprisoned in Turkey because of his Christian faith. We have been working in this country and abroad to secure his freedom. Pastor Andrew was on trial for the crime of “Christianization”; and after extensive negotiations, the Turkish government released Pastor Andrew from prison on July 25th but placed him under “house arrest” – confined to his home in Turkey.

President Trump and his team have been tenacious in seeking the release of Pastor Andrew. We’re grateful to the President, Members of Congress, and diplomatic leaders who continued to put pressure on Turkey to secure the freedom of Pastor Brunson. The fact that he is preparing to return to the United States can only be viewed as a significant victory for Pastor Brunson and his family.

“We are grateful for the President’s commitment and efforts in securing my release,” said Pastor Andrew Brunson, shortly before leaving Turkey en route to the U.S. “My entire family thanks the President, the Administration, and Congress for their unwavering support. This is the day our family has been praying for – I am delighted to be on my way home to the United States. It’s been an extremely difficult time for our family and we want to express our appreciation to the millions of people around the world who have faithfully prayed for this day. I am thankful for the representation of the American Center for Law & Justice – especially ACLJ Chief Counsel Jay Sekulow and ACLJ Senior Counsel CeCe Heil – as well as the many others who worked so hard to obtain my freedom. I look forward to returning home and being reunited with my family.”

After peacefully pastoring a church in Turkey for more than 23 years without issue, Pastor Andrew was arrested and locked away from his family in a Turkish prison where his health suffered, and he rapidly lost 50 lbs. while awaiting any actual criminal charges.

After being held for 18 months, Pastor Andrew was charged with the crime of “Christianization.” The prosecution sought a sentence of 35 years – essentially life in prison for the 50-year-old father and husband.

Since April he has endured a sham trial, fraught with unwarranted delays during which he was sent back to prison, accusations from “secret witnesses,” and testimony from some so-called witnesses who admitted they didn’t even know the pastor.

We were hopeful when the Turkish authorities moved Pastor Andrew from prison to house arrest at his home in Turkey for the remainder of the trial. Yet his trial continued after months of delays.

For more than two years, Pastor Andrew – a U.S. citizen – was detained by our NATO ally Turkey because of his Christian faith. He suffered separation from his family and draining imprisonment for a crime he did not commit.

For nearly two years the ACLJ has directly represented Pastor Andrew, working tirelessly to secure his freedom after he was arrested, and ultimately nearly a year and a half later, charged with the crime of “Christianization.” We worked directly with his attorney in Turkey.

We also presented his case directly to Congress, the U.S. Department of State, and to the White House.

We are grateful to President Trump for directly engaging in Pastor Andrew’s case, demanding his freedom, and even tweeting directly to Turkey’s President calling for him to release the American Pastor.

We expanded our efforts internationally, through our global offices, literally working around the clock to aggressively advocate for his freedom. We took Pastor Andrew’s plight directly to the U.N. Human Rights Council and Working Group on Arbitrary Detention, presenting multiple critical written submissions and oral interventions on his behalf, urging the international community to apply maximum pressure on Turkey to honor its U.N. charter and its own constitutional obligation to defend religious liberty.

We could not have successfully advocated for Pastor Andrew’s freedom without your support and prayers. About 600,000 ACLJ members signed our petition demanding his freedom to come home to his family in America.

After this unimaginable ordeal, Pastor Andrew Brunson is coming home to be with his wife and children and all his loved ones in America. We celebrate this major victory for him, as well as for America, and for the Church at large.

Defending Persecuted Christians in India at the U.N.

Christians within India are increasingly becoming the target of brutal persecution. And at the ACLJ, we’ve witnessed first-hand the escalation in targeted persecution of these Christians. For seven months, we... 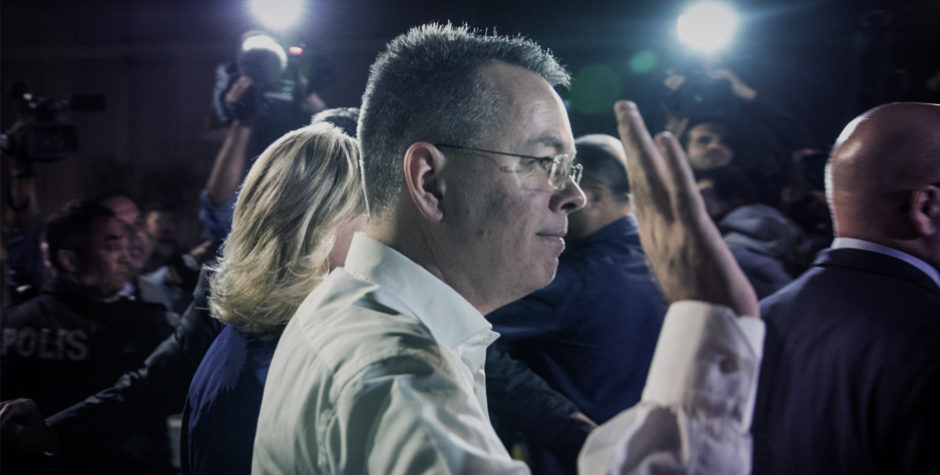 Today, the United Nations (U.N.) Working Group on Arbitrary Detention (WGAD) published their opinion regarding the wrongful detention of our client, Pastor Andrew Brunson. Pastor Brunson was an American... 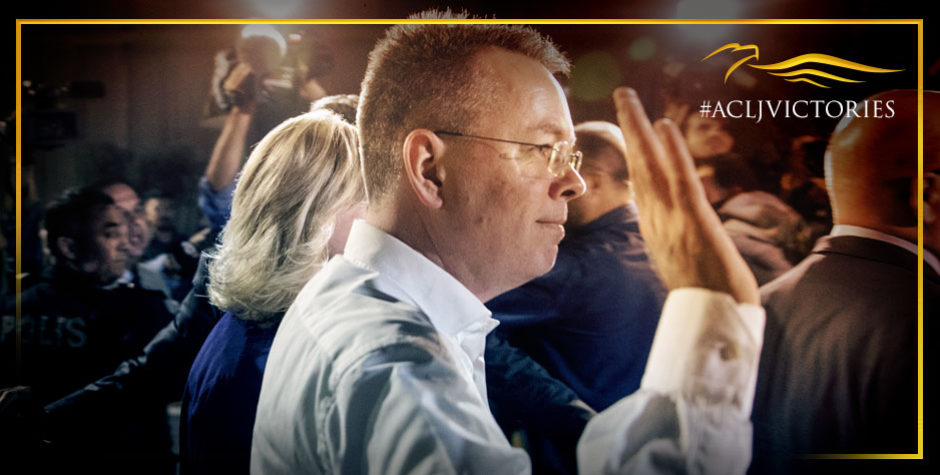 This is the latest installment in a year-end series looking back at some of the numerous victories by the ACLJ in 2018. The ACLJ is committed to protecting religious liberty and defending the persecuted...

You can help save Andrew Brunson